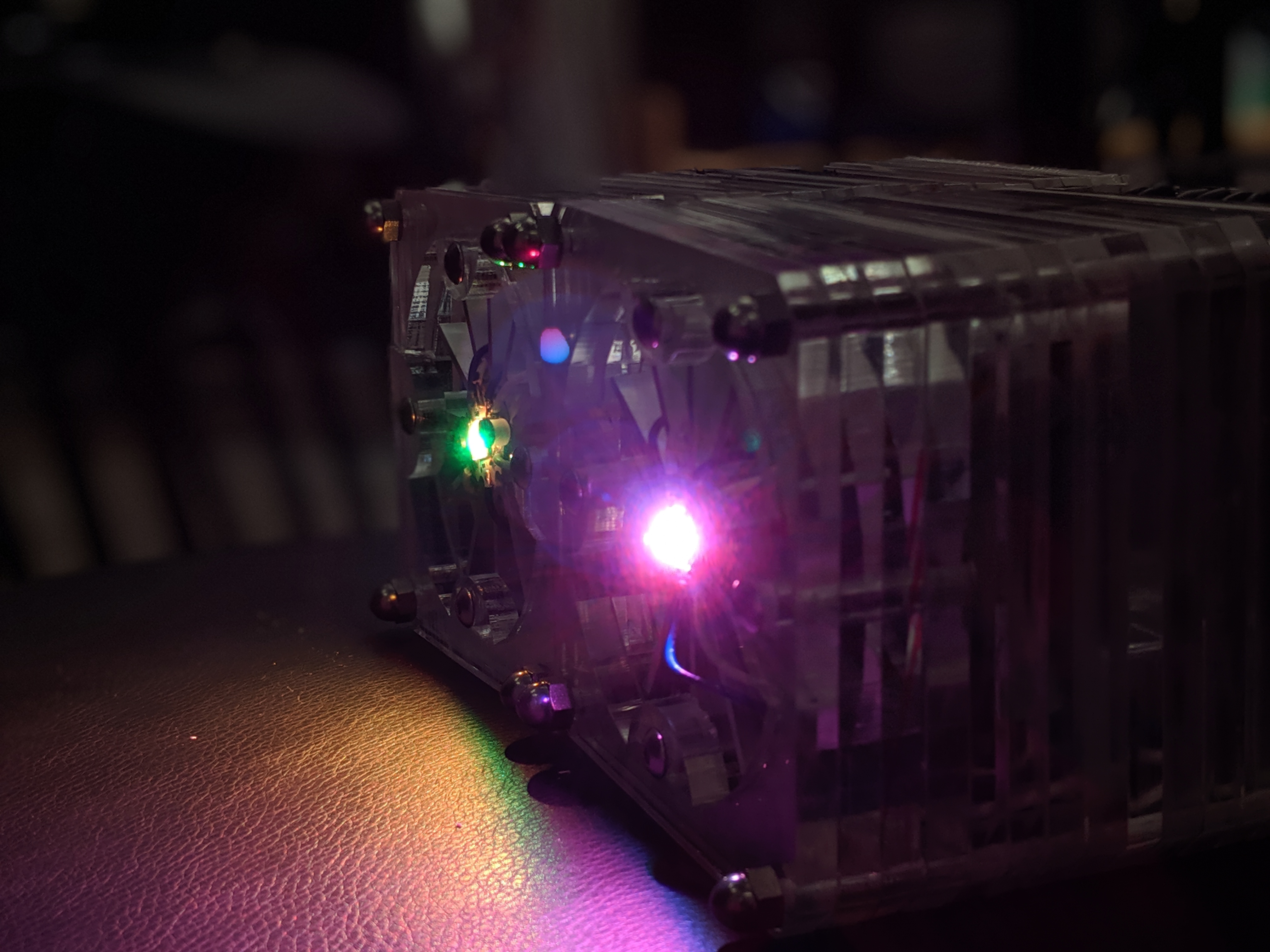 In the summer of 2019 I helped out at the MIT Museum Studio and Compton Gallery as an intern, a studio for students of the Art in Vision and Neuroscience and Paranormal Machines class at the Massachusetts Institute of Technology. I helped out with small tasks such as soldering and laser cutting to create demo lights, remade the entrance animation, tore down an exhibition to prepare for a new one, and designed signage while the exhibit was under repair.

Among the tasks that I accomplished during my time at the gallery, my two favorite ones were probably creating the demo lights and working on the entrance animation.

In preparation for the upcoming school year, I was asked to make a complete version of a makeshift demolight that had already previously been produced, which used LED RGBW chips, a LUXDrive FlexBlock, and a few slide potentiometers: 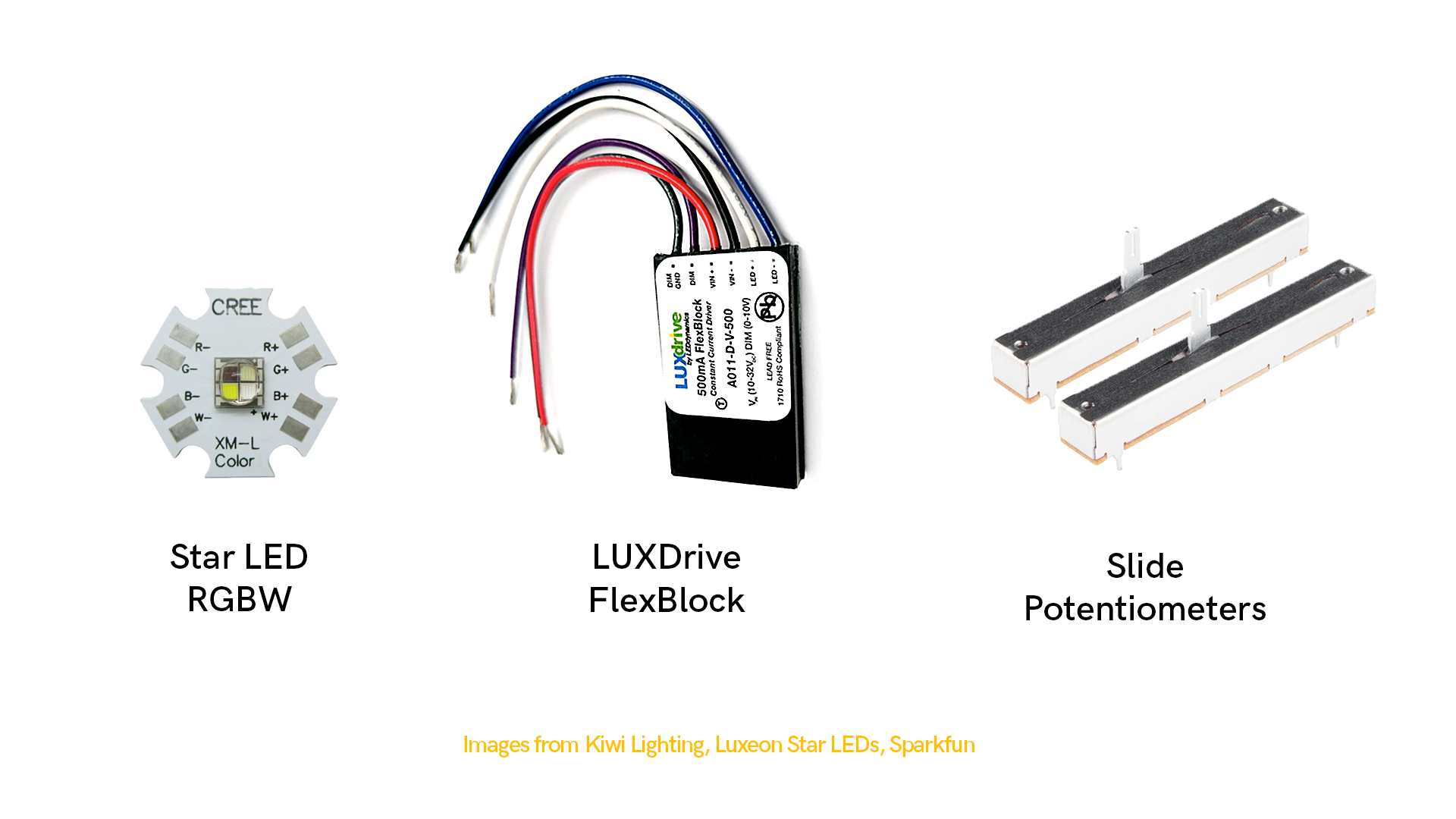 After having communicated with the studio managers to get an idea of the design they wanted, which was to be 3D-printed, I set off to put together a protype for the lights, beginning with the planning phase: 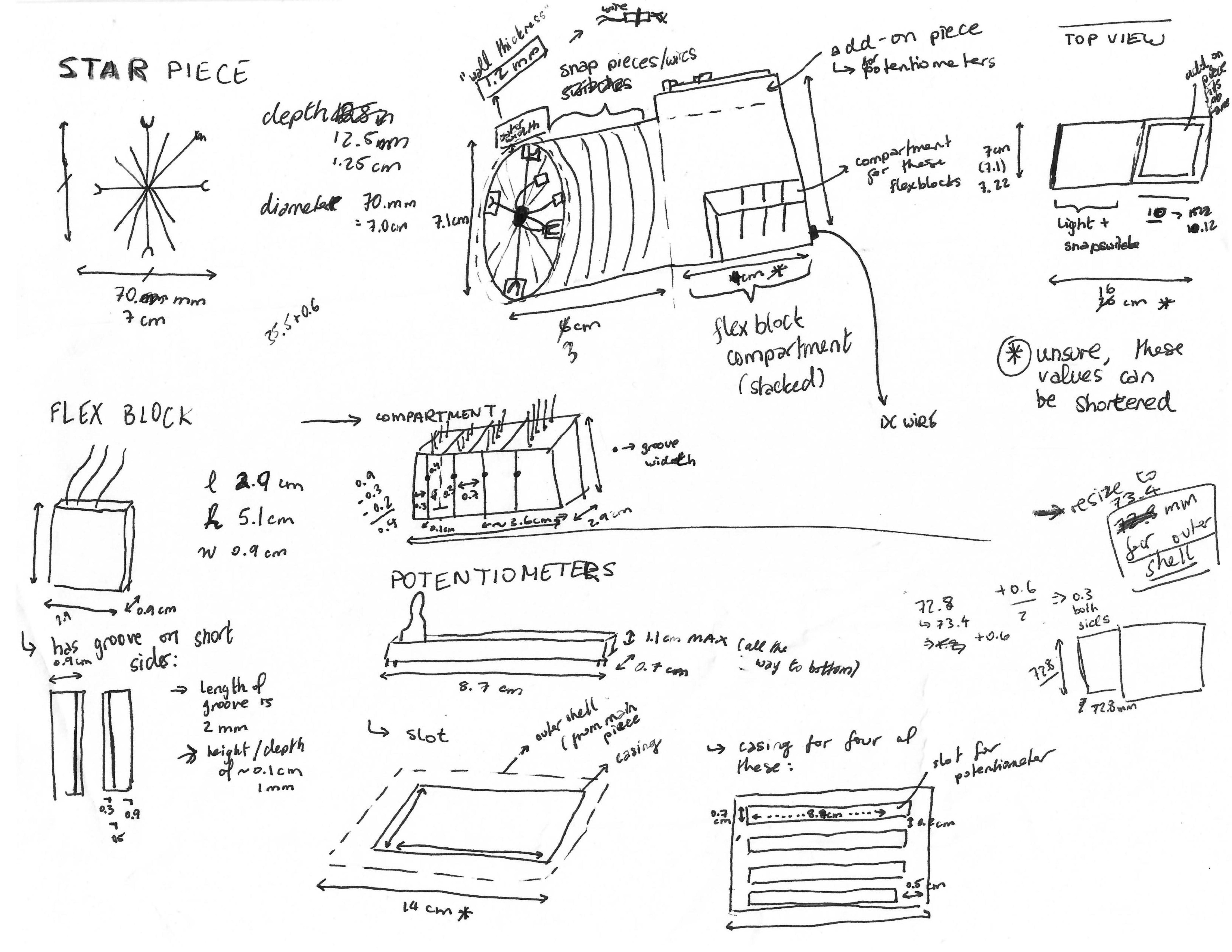 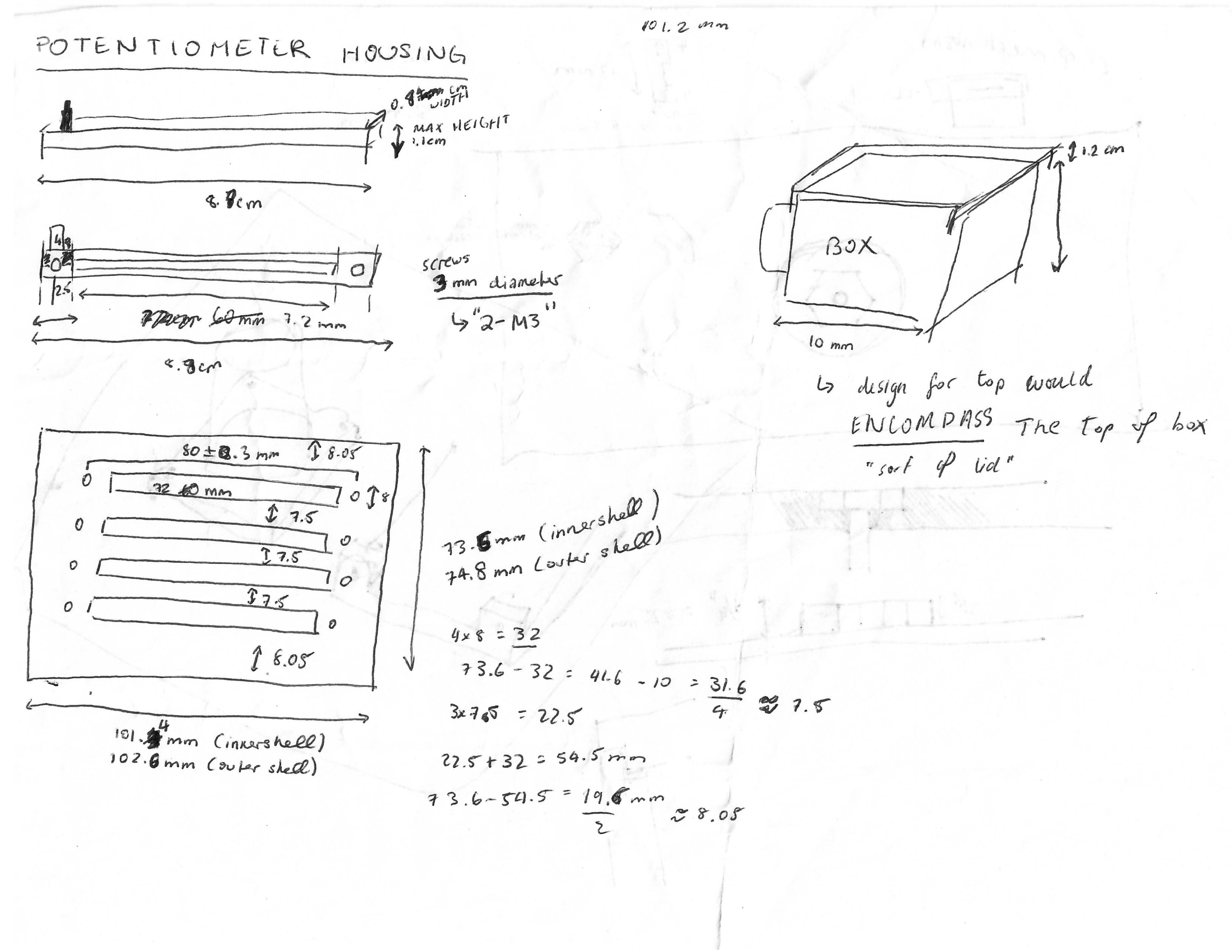 And then to create a 3D Model of the product: 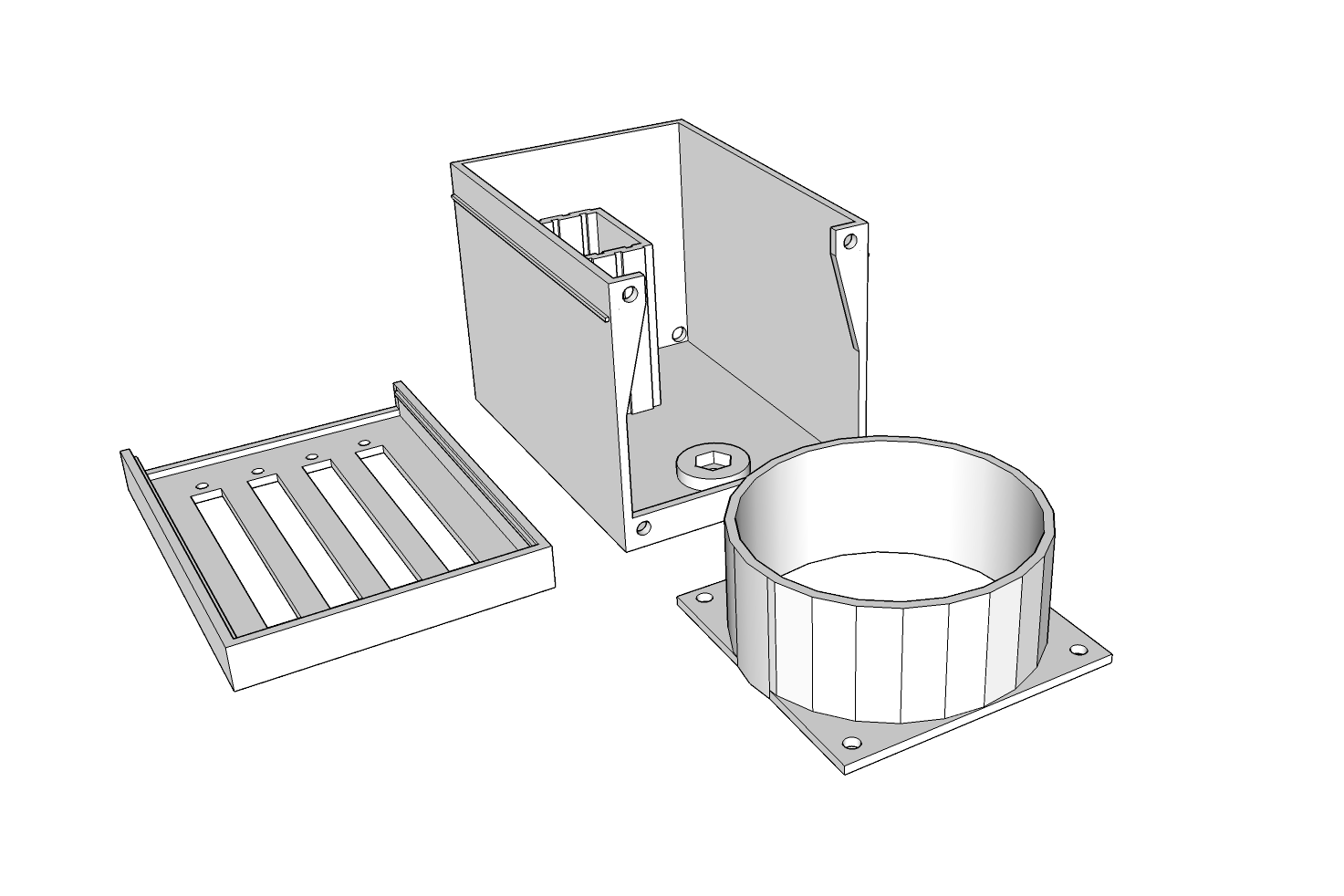 Unfortunately 3D printing turned out to be too expensive, so what we came up with instead was to use layered laser-cut pieces of acrylic locked in place with large threaded wires. After a few more hours of planning and measuring, I was able to figure out a way for the parts to fit, using a modular plate system:

Once assembled, the flashlights worked and to my suprise all of the parts fit perfectly into the laser-cut frame, which gave the product a professional look! 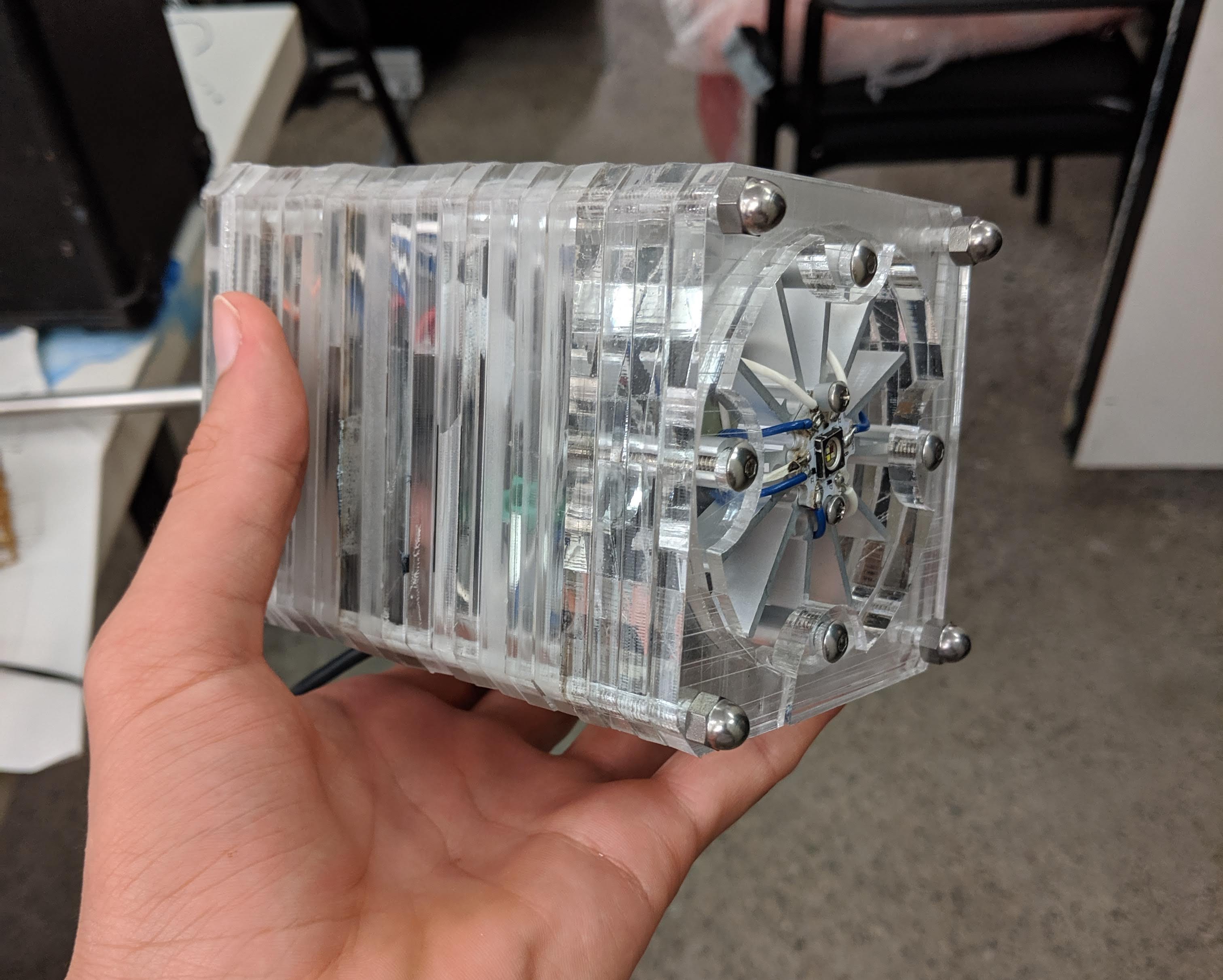 At the entrance of the studio there is a monitor that displays an animation to show passersby that they were looking into the MIT Museum Studio. Since the monitor was being reconfigured, I was asked to remake the animation for the studio, based on a previous one that played with a text layer in between two sheets of dots, creating an interesting effect. I experimented with scale, rotation and more to create interesting effects for the animation.